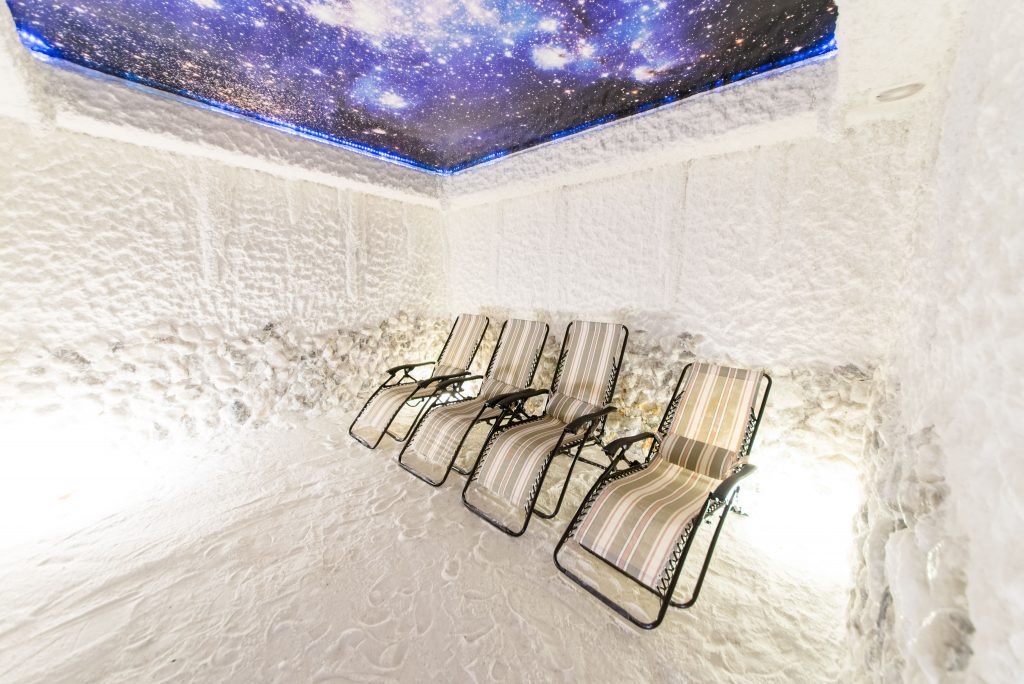 Unless you’ve been living in a cave for the past few years (not one made of salt!), you have most likely heard of Himalayan salt cave therapy. Wilmington is actually home to two salt caves at the moment and likely more in the future as salt therapy, or halotherapy, continues to rise in popularity at spas and wellness centers.

What exactly is a salt cave? While salt caves vary in size, the walls are made of several tons of pink Himalayan salt bricks. The ground inside the cave is also covered with loose Himalayan salt rocks, while salt-infused air is pumped into the cave.

Salt exposure as a therapeutic treatment began in Europe during the 1840s when it was discovered that men working in salt mines had no respiratory issues in comparison to other miners. Upon this discovery, salt caves began spreading throughout Europe as a way to treat respiratory issues (bronchitis, pneumonia, and asthma) as well as seasonal allergies, anxiety, depression and skin conditions.  The belief is that as you breathe the salt-infused air, your airways will absorb iron, potassium, and calcium from the salt particles. The salt inside the cave is then believed to remove irritants (toxins and allergens) from your respiratory system. Sounds pretty cool, right?

Another benefit noted by those frequently using halotherapy is the improvement of eczema, psoriasis and acne. The salt particles in the air absorb impurities and bacteria on your skin, helping to aid in the healing process.

Wanting to lose some weight from the past holidays, have a wedding to go to, high school reunion, or just want to take control of your body? Then now is the time to burn those extra calories that have been stored away and become the new you.

Want to become stronger and build lean muscle? All it takes is some time and effort to have a stronger and more tone body. Contact me now and start your journey to build the body you’ve always wanted, plus enjoy the confidence that comes with it!

Do you play sports or enjoy activities that require you to get moving quickly? Then plyometric training is a good place to start. This fun and high energy body movement style of exercise helps with being explosive, shifting your body weight, and increasing speed. Find out more with a free consultation

High intensity interval training (HIIT) have you heard of it before? This type of exercise is a high paced intense type of workout that burns calories at an insane rate. It is great for burning off fat from those stubborn areas that daily routines miss. This type of exercise incorporates full body movements to light resistance exercises. If you like a workout that truly challenges you, this one is for you!

Aiming for a six pack? Start here with some core strengthening and build a midsection that is functional and reliable. Reveal your core potential today!

This type of training is a spin off of other types of exercises brought to you in a more sensible and functional way. Functional movements are the most important types of movements in everyday life. A functional movement exercise is based off of a movement that would closely mimic an action in everyday life such as; performing a lunge for walking or bicep curls for picking up a bag of groceries. Come and see what type of functional training is available and start exercising in a more functional way! 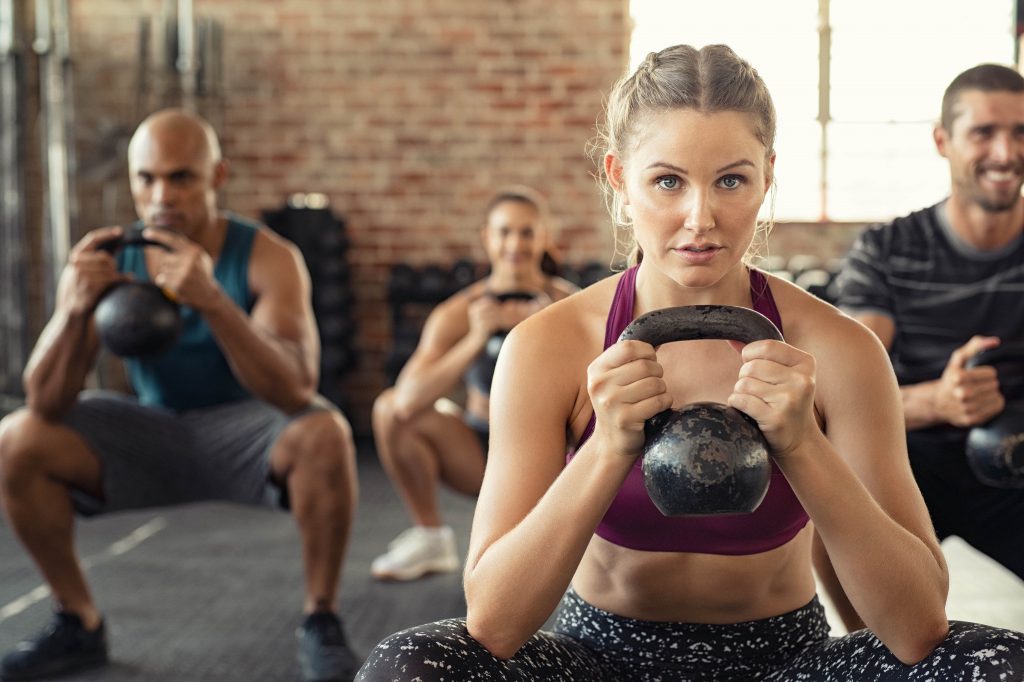 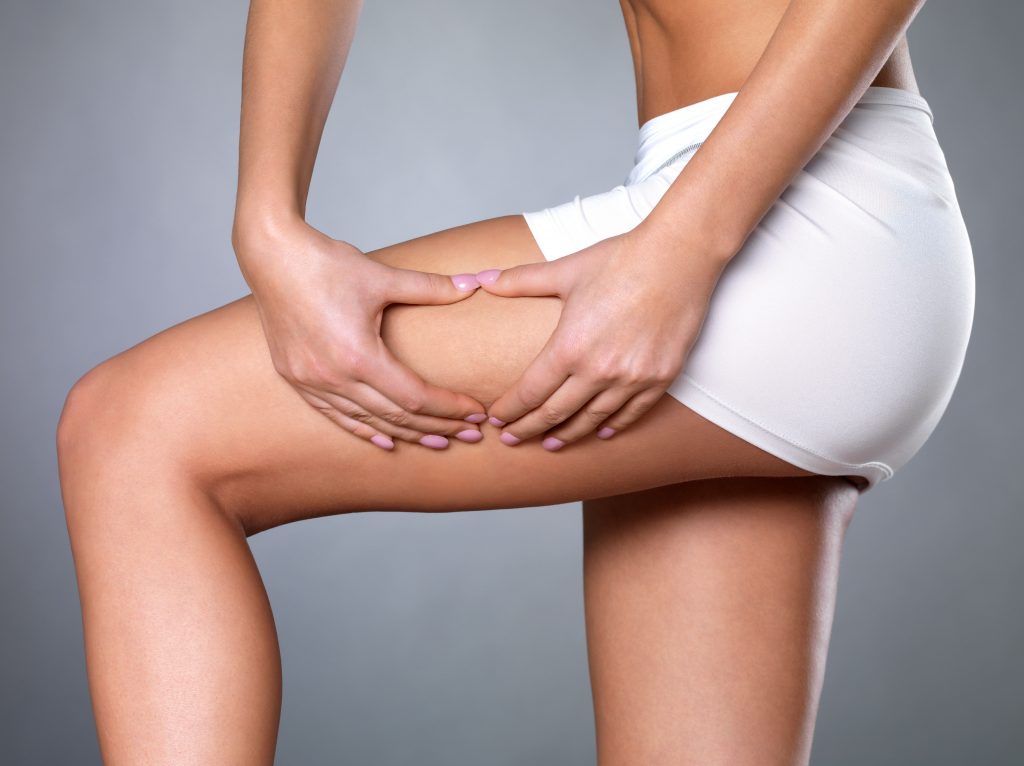 Behind the Filter: The Truth About Cellulite 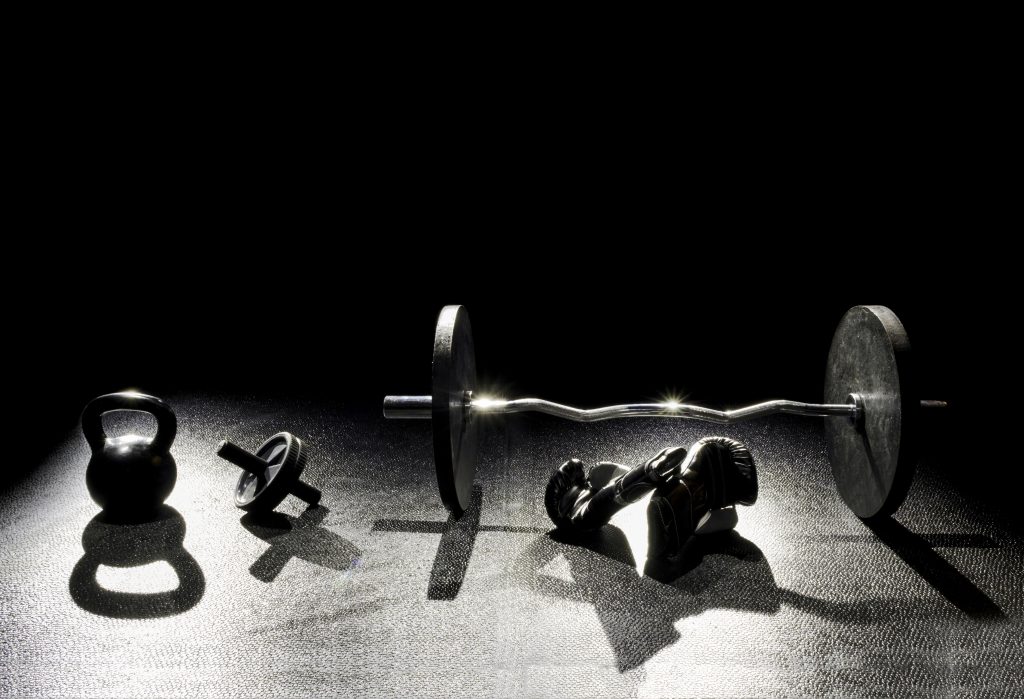 Is Personal Training for Me? 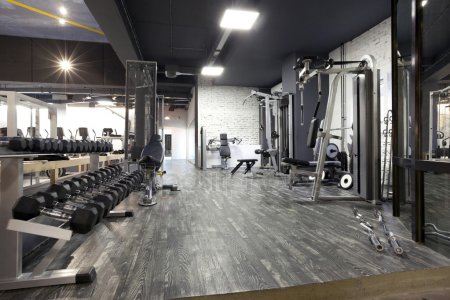 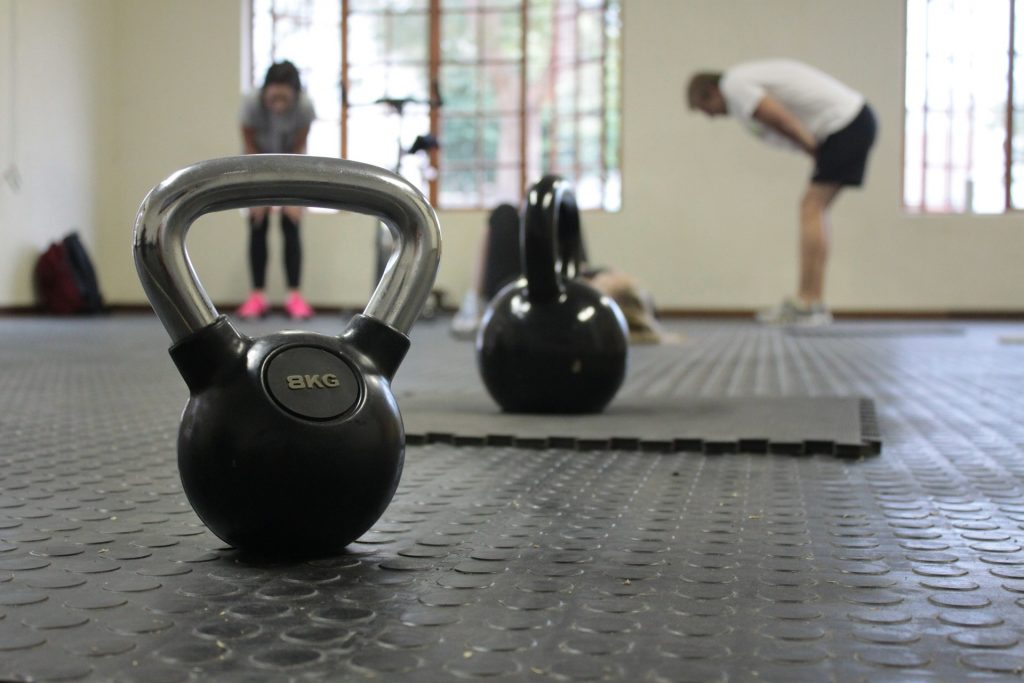 Personal Trainers: Schedule Your Time in the Gym 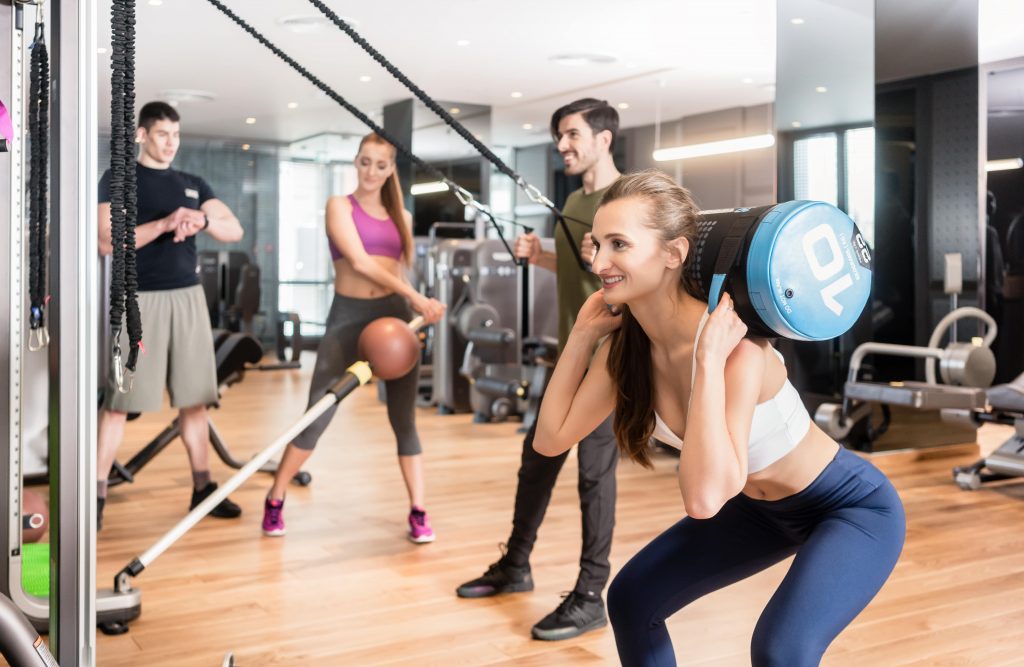 Round and Round We Go! Circuit Training 101 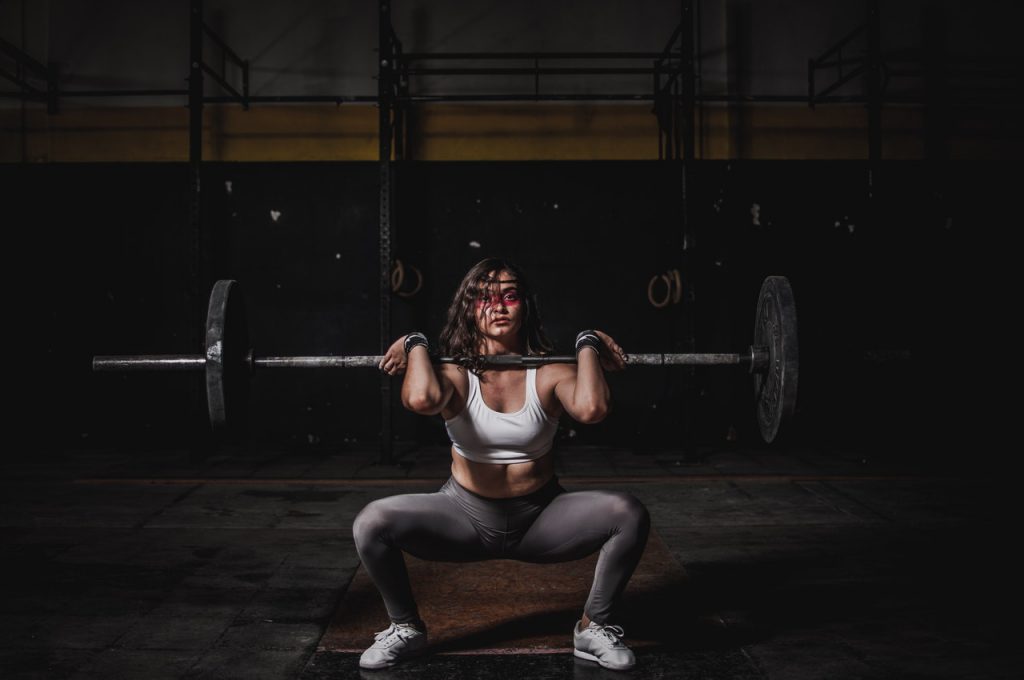 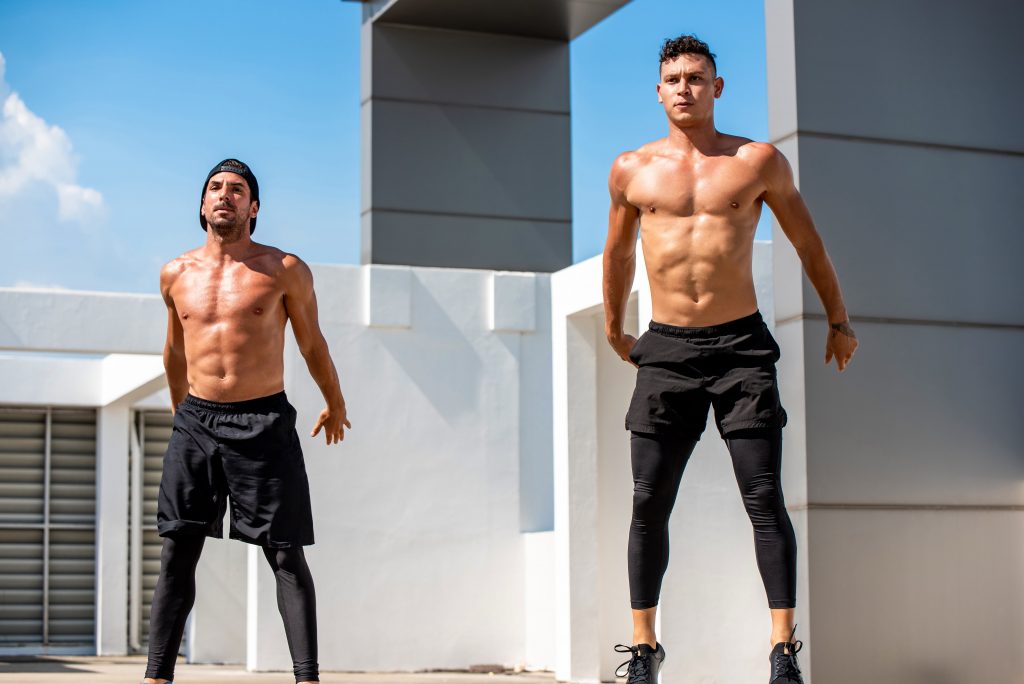 The Truth About Tabata Training 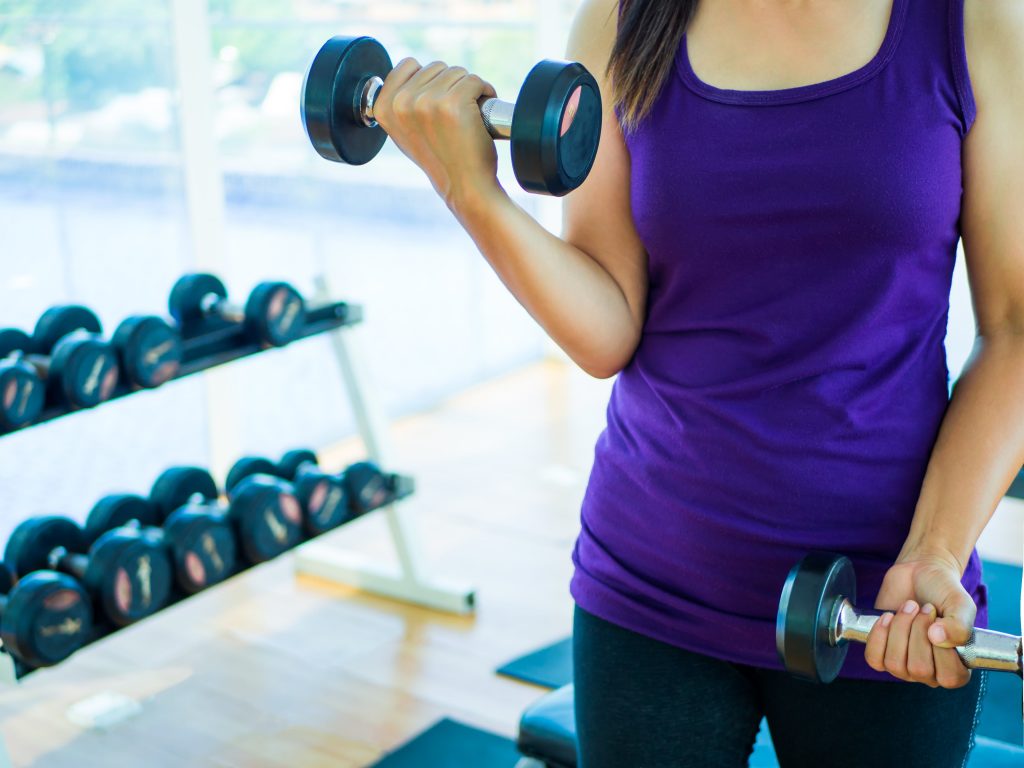 Bye, Flabby Arms! How to Tone for the Summer 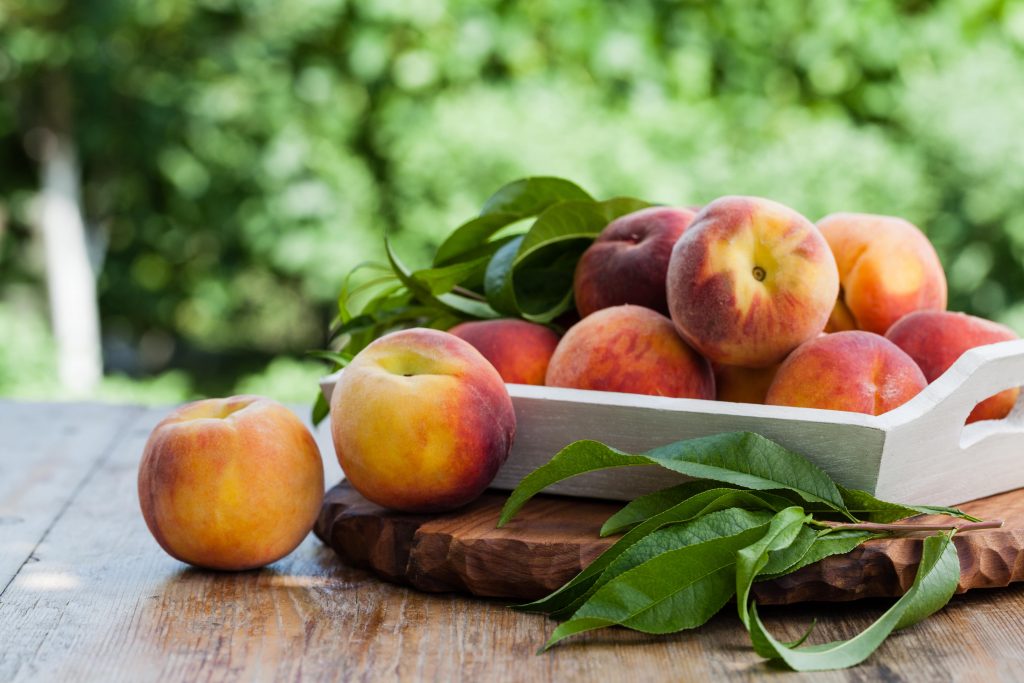 Diet Is What We Eat

The Surprising Health Benefits of the Mighty Peach Our 1-on-1 Personal Training is the tried and true method for succeeding in achieving your health, physical fitness, and lifestyle goals. Our unique approach to HIIT Training will have you breaking through platueas in a fun, physique-changing fat burning workout. We offer both HIIT Group Training as well as personalized HIIT workout prescriptions. Our HIIT sessions are unique, fun, challenging, and we offer solutions meant specifically for your body. Call today to learn more.

Explore The Benefits Of HIIT Training

Learn More About Our HIIT Classes

Women only classes and working with female certified personal trainers offers you the unique opportunity to feel at ease. We aim to provide you with the comfort necessary in order to truly explore your goals and experience. Get real results. Hiring a personal trainer is the key to unlocking your fitness & body goals. Matt Johnson is qualified to deliver you results. Join the list of satisfied customers and change your life today.

We respond to messages promptly. Get in touch with us to claim your free consultation.